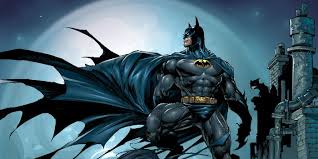 My daughter came to me this morning and told me superheroes aren’t real. That doesn’t sound so bad but less than 9 months ago, before she started school, she wanted to be Batman when she grew up. Firstly she came home and told me she couldn’t be Batman because she was a girl, which upset me a great deal. Now she tells me Batman and all his superhero friends aren’t real because someone at school told her so.

It broke my heart. In my 5 year old little girl I see perfection, innocence, sensitivity. I don’t want her to change. I don’t want the world to stop her being her. But I know it will shape her. It has to. It has shaped me.

My job is to build her resilience with my love. I didn’t have that growing up and have suffered from it. I was given pain at a young age but not the strategies to deal with it. My resilience has taken a long time to build. My inner core is still shaky and in need of constant support.

I told her superheroes did exist. I said she knew that because she was one. We have a story. She was the baby who survived when her brothers and sisters didn’t. “Why are you a superhero?” I asked her. She thought about it before replying, “Because I am strong and I lived.”

Every child has a story. Every child has a core to build strong ready for them to face the world. A world that is sometimes hard and cruel and sometimes soft and kind. Resilience is living through the difficult times and learning to enjoy the good without worrying about what is to come.

I am here to remind my daughter she is strong. That she is a superhero. One day she won’t need me to remind her. She will just know.

When Music Hits, You Feel No Pain

Want to join the discussion?
Feel free to contribute!

All She Needs
Scroll to top

This site uses cookies. By continuing to browse the site, you are agreeing to our use of cookies.

We may request cookies to be set on your device. We use cookies to let us know when you visit our websites, how you interact with us, to enrich your user experience, and to customize your relationship with our website.

Click on the different category headings to find out more. You can also change some of your preferences. Note that blocking some types of cookies may impact your experience on our websites and the services we are able to offer.

These cookies are strictly necessary to provide you with services available through our website and to use some of its features.

Because these cookies are strictly necessary to deliver the website, you cannot refuse them without impacting how our site functions. You can block or delete them by changing your browser settings and force blocking all cookies on this website.

We also use different external services like Google Webfonts, Google Maps and external Video providers. Since these providers may collect personal data like your IP address we allow you to block them here. Please be aware that this might heavily reduce the functionality and appearance of our site. Changes will take effect once you reload the page.